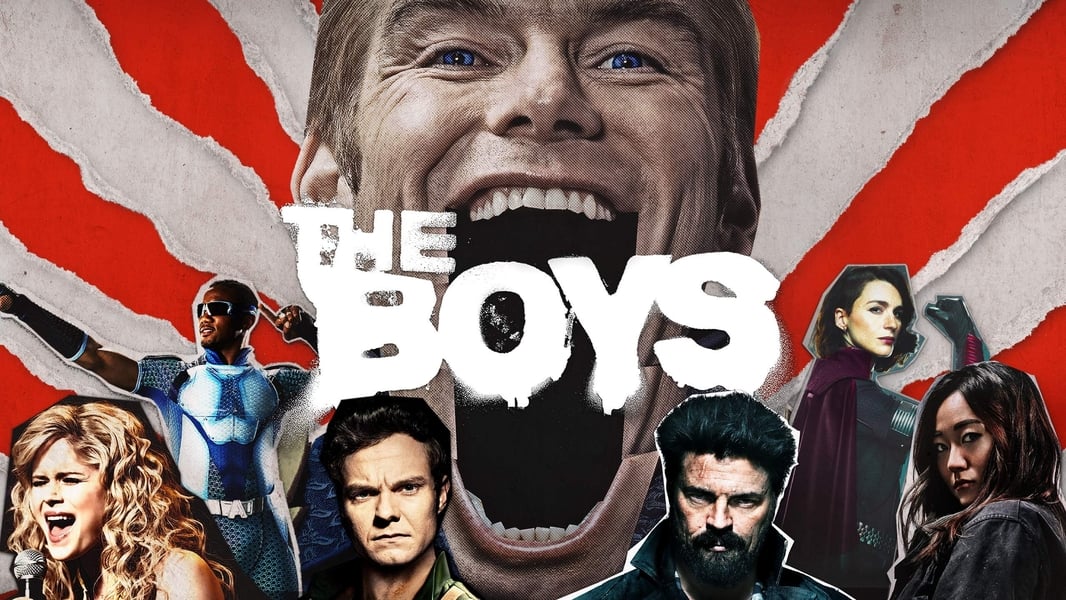 Now that Amazon’s The Boys has concluded its second season, fans have more questions than ever about what the future holds for this ragtag team of superhero killers. Season 2 was gorier, funnier, and more shocking than season 1 ever was, but it also introduced some pressing mysteries that are still waiting for a resolution.

In this list, we’ll be taking a look at the biggest question that the finale of season 3 left us. Keep in mind that we’ll discuss season 2 in-depth, so be mindful of any spoilers from here on out!

Who Exactly is Victoria Neuman?

Congresswoman Neuman seemed to be hellbent on taking down Vought and their supes and was, at one point, one of the Boys vital assets. It seemed like Victoria was the Boys’ only chance to fight Vought on legal ground until the disastrous hearing against the company saw tons of heads exploding on live TV.

Even more shocking were the final minutes of the season’s finale, where we learn that Victoria is the one with the ability to blow people’s heads off. It’s also revealed that she’s been working for Vought, taking down those that get too close to the truth behind the company.

We’re left with the mystery of why Victoria works for Vought, and why did she pretend to be against the company in the first place. She even seemingly risked her life by opposing Homelander at a protest, so this congresswoman might play a crucial part in the future of the series.

Will Maeve’s Plan Against Homelander Work?

Homelander, the psychotic leader of the Seven, has a history of erratic behavior that endangers everyone around him. One of the people who’s life’s been ruined by Homelander is Queen Maeve, who had to reveal her girlfriend’s identity to the public after Homelander’s constant blackmailing.

To protect herself and try to keep Homelander in control, Maeve found incriminating evidence of him leaving people to die aboard a crashing plane. The video shows Homelander insulting the scared passengers, and if that’s exposed to the media, it would definitely shatter the public’s image of Homelander.

The problem is that Homelander doesn’t seem to care about approval or love by the end of the season. Now, he’s more detached than ever from mankind, so it will be interesting to see if he even cares for what the public thinks of him going forward.

Black Noir has always kept a low profile among the Seven. His identity has been a well-kept secret in the series until this season, and it’s brief reveal leaves us with more questions than answers.

In the “The Boys” comics, Black Noir is actually a clone of Homelander. In the comics, he’s also the one that rapes Butcher’s wife while impersonating Homelander, meaning that Butcher’s vendetta against Homelander (in the comics) is based on a lie. This shocking reveal might not come to happen in the series, however.

In this season’s episode 7, Queen Maeve reveals that Black Noir is a black man with a tree nut allergy. With that, the theory about him being a clone of Homelander seems almost completely out of the question.

By the end of the season, Black Noir is in a vegetative state due to a ruthless attack with a deadly Almond Joy. The Seven are now more fractured than ever, and only time will tell what secrets lie under Black Noir’s mask.

What Happened to Hughie’s Family?

It seems like things have finally returned to a semblance of normality for the Boys at the end of season 2. With all charges against them dropped and Maeve’s blackmail keeping Homelander at bay, the Boys are finally able to return to their normal lives. We see Marvin Milk returning to his family, and Frenchie and Kimiko sharing a dance.

Things also seem to be going well for Hughie, who’s resumed his relationship with Starlight. Earlier in the season, the couple discussed Hughie’s family, including the fact that his mother isn’t dead. We don’t know why she left him and his father, but we do know that she’s the reason why he’s obsessed with Billy Joel.

And speaking of Hughie’s family, what happened with his father? In the season 1 finale, we see Hughie’s dad (played by Simon Pegg) be taken into police protection after the Boys become wanted men. Now that they’re relatively free, it’s surprising that we don’t even hear Hughie mentioning his dad.

It might be that the reason why Hughie’s dad doesn’t show up is because it was impossible to get Simon Pegg to reprise his role. Even then, it’s more than a little weird that Hughie wouldn’t even mention him by the season’s end. Considering Hughie’s new government job maybe his dad will be prouder of him come season 3. 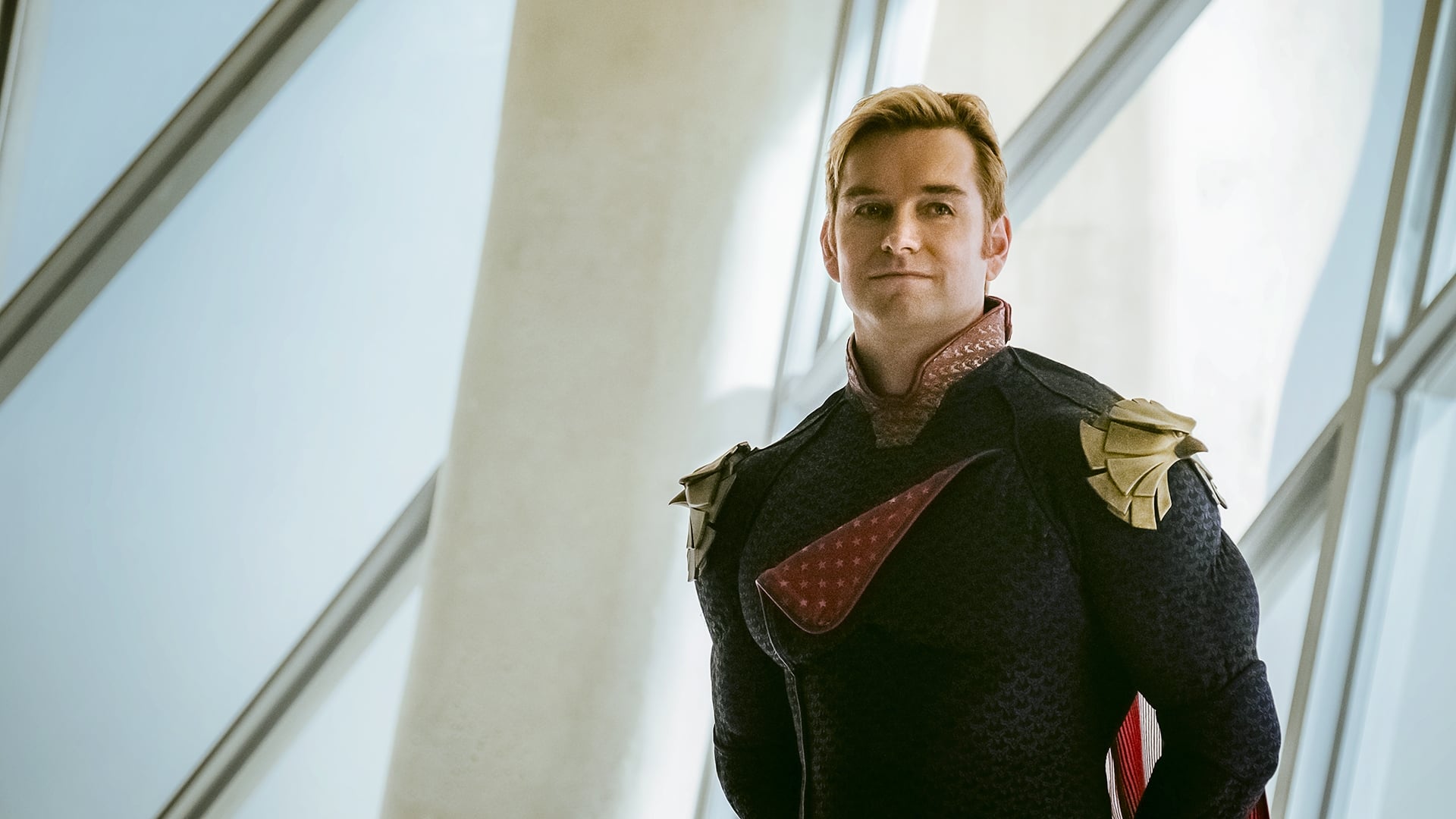 In this season, we got to meet Ryan, Homelander’s biological son with Butcher’s wife. Ryan is unique in that he’s the only natural-born supe in the world (that we know of). We also met Stormfront, a Nazi-era supe that seems to be eternally young and with powers comparable to those of Homelander.

Stormfront pushed her luck too far when she threatened to kill Ryan’s mom, angering the young supe. With a potent laser blast, Ryan reduced Stormfront nearly to cinders, losing her limbs and half of his face. Even after receiving such punishment, we could still see Stormfront babbling in German.

Stormfront shared a sordid romance with Homelander throughout the season. One of the reasons why Homelander loved her was because of her resilience and regenerative abilities. We’ve seen Stormfront regenerating her chest after Homelander burns it with his laser eyes.

Homelander tells the media that Stormfront has been apprehended and is kept in an undisclosed facility. Considering her healing abilities and Vought’s history of lying, it wouldn’t surprise us to see her coming back in the upcoming season, although maybe in a smaller role.

What’s Next for Butcher?

Butcher brought together the Boys because he wanted to get revenge on Homelander for what he did to his wife. At the end of season 1, he learned that the love of his life was still alive. At the end of the second season, he was watching her die right before his eyes, accidentally killed by her own son.

Butcher’s hatred for supes and Vought is still as fiery as ever, but now, he’s a man without nothing to fight for. His similarities with Homelander are striking, as both have become complete psychopaths who only care about revenge and the death of those who oppose them.

With little difference between the evil supes and the “good” Boys, the balance of power in the world of The Boys hangs by a thread. With Victoria Neuman and Stan Edgar pulling the strings, season 3 seems destined to move the battlefield to a national scale, as the Government gets involved in the shady affairs of the Vought company.

There’s still no release date for season 3, with Seth Rogen joking that it will come out “sometime this decade”. That said, the series has been officially renewed for a third season that should begin shooting in early 2021 if the pandemic allows it.