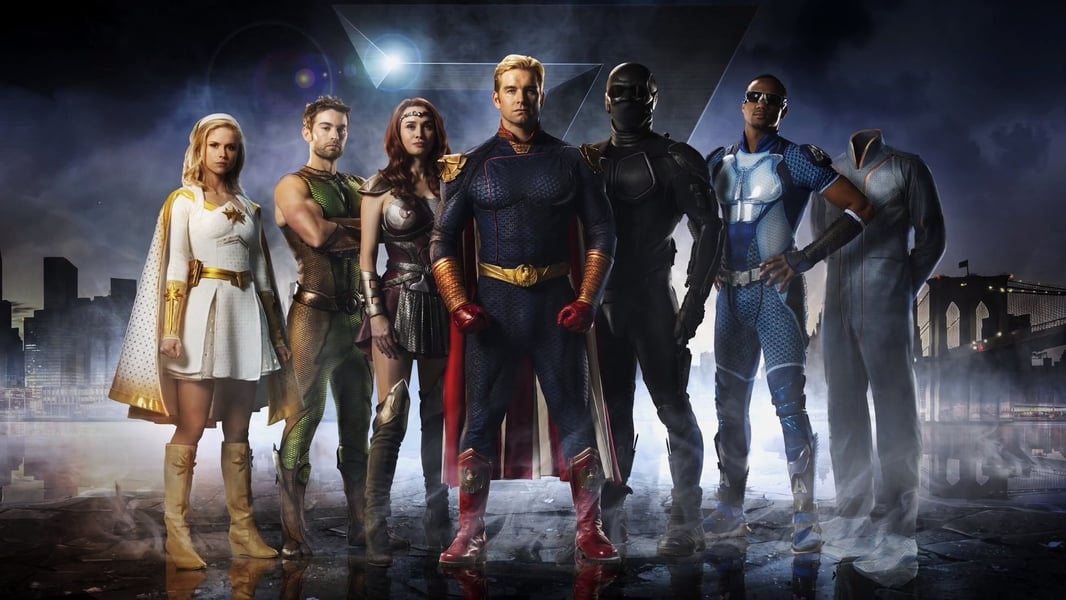 We live in a time where seemingly every other movie that comes out in cinemas is a superhero flick of some sort. That’s the reason why Amazon’s The Boys was such a breath of fresh air when it debuted last year on their streaming platform. The Boys is a clever satire of the superhero business and of the American entertainment world itself.

The show includes some great characters that truly bring the drama to life, and not every one of them wears spandex. The series is about a group of common people that had enough with superheroes getting away with whatever they want, so they begin hunting heroes. The eclectic cast is well fleshed out, even if they might overdo the cynicism at times.

Now that Amazon has released the second season of the show, it’s the perfect time to give The Boys a chance if you haven’t already. We’ve prepared a handy list with everything you have to know about who’s who in the world of The Boys. Be warned that some of this info will delve into spoiler territory, so proceed with caution!

Who are The Boys?

Hughie Campbell idolized superheroes, especially one A-Train, the world’s fastest man. Imagine his shock when, one faithful day, A-Train killed his girlfriend accidentally in a violent and bloody manner. This taught Hughie a valuable lesson: heroes can do whatever they please and not face consequences.

When Hughie’s entire worldview comes crashing down, a man called Butcher offers to help him settle the score. Hughie accepts Butcher’s deal and meets the Boys, a group of people that decided to teach heroes that actions have consequences. They plan to show the world just how corrupt the superhero scene is.

Through the season, we see how the tense relationship between the Boys plays out. Even though they’re united by their common hatred, the violent ways of Butcher puts the other Boys in moral conundrums.

Speaking of Butcher, he’s one of the shows main stars. Sure, there’s his hatred for all things super, but by the end of the season, we can see why he hated them so much. Turns out that Homelander, the world’s most popular hero, raped his wife and later disposed of her. Or so he thought, but the truth is a little more complicated than that.

The Seven are this world’s Justice League: a group of the most powerful (and popular) heroes alive. While most of the public thinks they’re constantly saving the world from danger, their main concern is always merchandising and how to get more money. Their leader, Homelander, is the world’s Superman, if Superman was a complete psycho.

Among the Seven there’s Starlight, the most recent member of the group. She’s young and idealistic, something that doesn’t last long. Starlight is sexually abused by The Deep, one of her co-workers, as soon as she enters the Seven’s building. She defies the other heroes and begins a relationship with Hughie, who develops feelings for her almost immediately.

Although the Seven are undoubtedly corrupt, there’s a bigger threat behind their actions: Vought International. The Vought corporation is an international conglomerate that specializes in superheroes. Unbeknownst to most of the populace, they don’t just represent superheroes, they make them.

Compound V: The breakfast of champions

The boys investigate A-Train’s unusual behavior, as they suspect he might be abusing some kind of substance. Turns out they were right: A-Train uses a chemical known as Compound V to increase his powers. Compound V is the reason why he killed Hughie’s girlfriend, as he lost control of his powers.

After having killed one of the Seven, the Boys feel confident they can get to the root of Vought’s secrets. They investigate A-Train’s girlfriend and blackmail her into telling them about Compound V. Enraged and feeling betrayed by his girlfriend, A-Train kills her, sending him further down the path of villainy.

The Boys eventually discover that Compound V is what Vought uses to create superheroes from normal babies. The company had been spreading lies about the origin of their heroes, saying they were “chosen by God.” Now the Boys know they deal with a powerful foe that controls not just heroes, but a good chunk of the media as well. 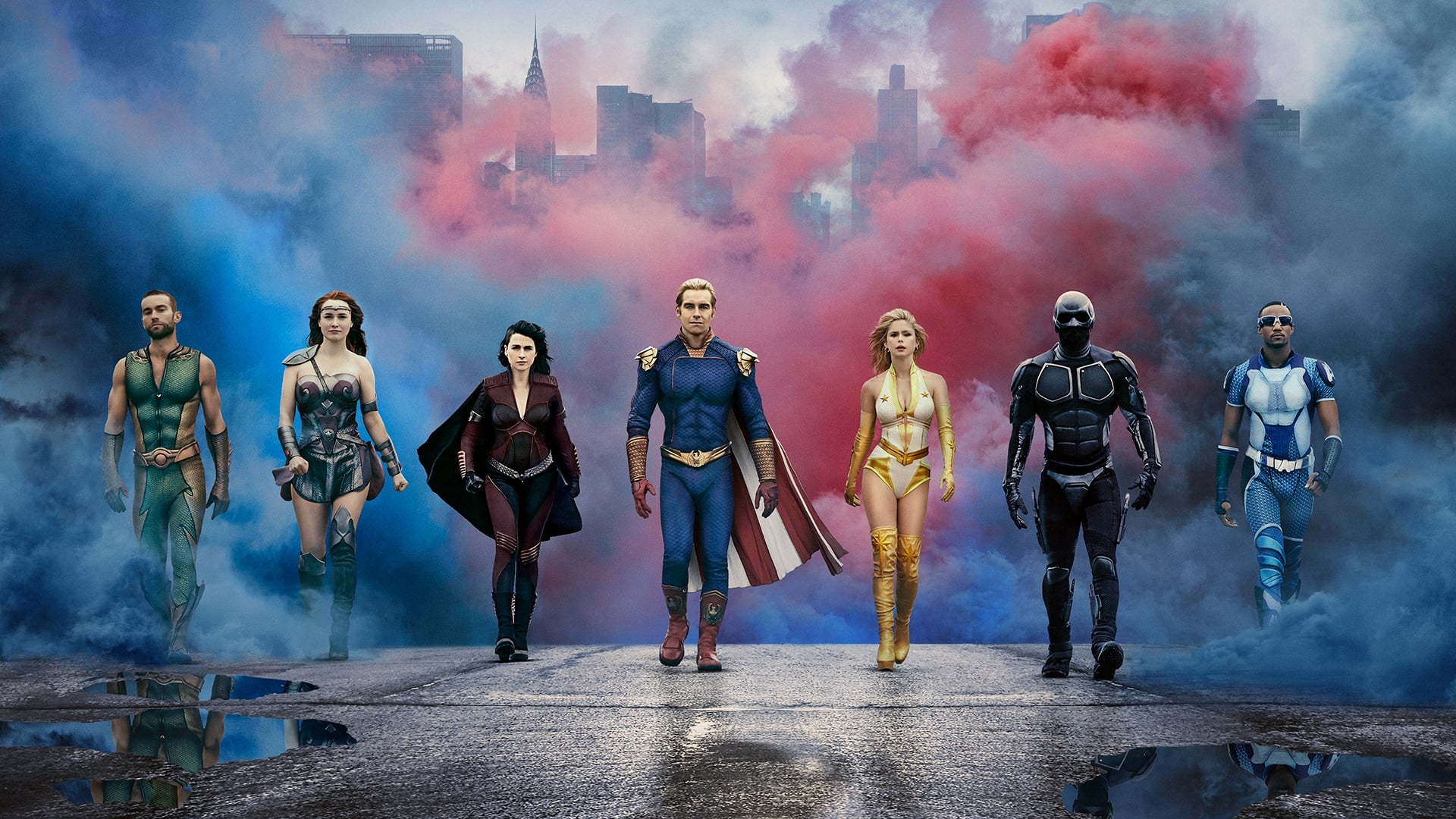 How did season 1 end?

By the end of season 1, the Boys feel the pressure of the heroes hot on their heels. Starlight feels betrayed by Hughie, but she still agrees to help him expose the heroes and their devious behavior. They have a confrontation with a crazed A-Train, who ironically blames Hughie for the death of his girlfriend. Starlight helps him, but Hughie ultimately saves A-Train’s life by staying with him when he suffers a heart attack caused by an overdose.

Butcher holds Madelyn Stillwell, Senior Vice-President of Vought, hostage. He threatens to kill her and her infant son to get back at her for protecting Homelander. What Butcher didn’t count on was on Homelander arriving at the scene and killing his beloved Madelyn. Butcher decides to blow her up regardless but is “saved” by Homelander.

Homelander then shows to Butcher that his wife is alive and well, living far from him. Even more shocking to Butcher is seeing that she has a son: Homelander’s son.

The Boys have hit their lowest point, as they have to go into hiding to protect them from the whole world, who now thinks of them as terrorists. At the end of the day, it seems like the Heroes have won against the bad guys once again.

The series is an adaptation of a comic book series of the same name written by Garth Ennis. By the end of season 1, the only resemblance between the comic and the show is the name of the characters.

Producer Seth Rogen confesses that he likes deviating from the source material to catch audiences by surprise. So far, the changes made to the characters have been on point, especially with Homelander.

Garth Ennis is well-known in comic book circles for his cynicism and edginess, and even though that’s present in the show, it’s severely toned down. The deviation from the original plot also means that everything goes for season 2, as the show has become its own thing, independent from the comic’s plot.

With the departure of The Deep from the Seven, the group is down by two members. A part of the second season will deal with the new members of the Seven, and how the group will face the backlash for The Deep’s sexual misconduct. There’s also the matter of Madelyn Stillwell’s replacement and how Vought deals with the boys.

The first and second seasons of The Boys are available to stream on Amazon Prime. If you’ve become jaded by the endless stream of superhero movies and want to watch something a little edgier, then The Boys might be your best bet.